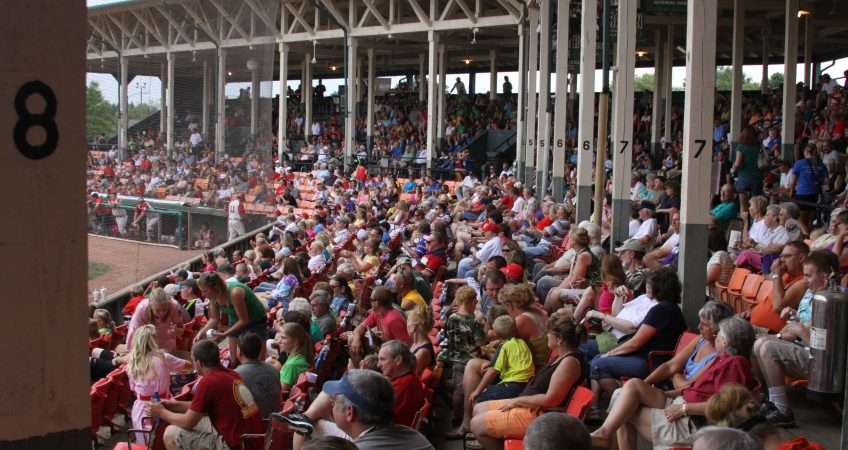 Posted by domains In

Built in 1894 and renovated in the early 1990s, this historic stadium served as home field for the Rockford Peaches in the filming of the hit motion picture, “A League of Their Own”, featuring Tom Hanks and Madonna. Original advertisements from the film remain along the outfield fence. The stadium also starred in the HBO movie, “Soul of the Game.”

Finish the evening rooting for the Dubois County Bombers.  The Bombers are a collegiate wood bat baseball team featuring players from college rosters throughout the United States.  The team calls League Stadium home during the summer months, just as the Rockford Peaches did in the movie.  During Bombers games, Peaches are in the stadium helping everyone have a great time while watching great baseball.

For more ticket information and questions, visit www.dcbombers.com or call 812.683.3700.

Sign up below to recieve our eNewsletter and stay up to date on the latest events and happenings in Dubois County!
Copyright 2018 . All right reserved.
Go to top
Navigation
X