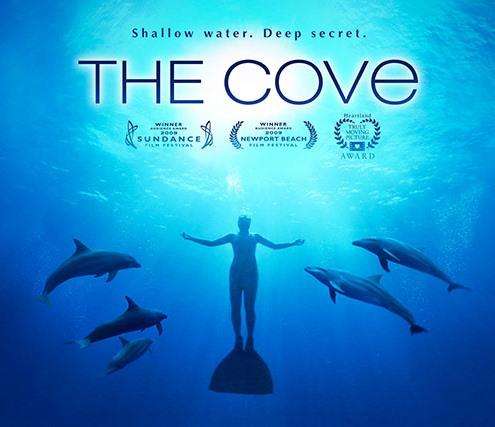 Free, limit 40. For reservations, RSVP Rock at [email protected] or 812-631-2856 (text or call). This riveting film won the Academy Award for Best Documentary Feature in 2010. Told from an ocean

This riveting film won the Academy Award for Best Documentary Feature in 2010. Told from an ocean conservationist’s point of view, it tells the true story of a secret slaughter of dolphins in a small town in Japan. Directed by Louie Psihoyos partnering with activist and former trainer Ric O’Barry, The Cove reveals animal captivity and cruelty against beautiful, intelligent creatures for profit and greed. The film calls for action to halt mass dolphin kills, change Japanese fishing practices, and educate the public about the risks of mercury poisoning from dolphin meat.

O’Barry, the trainer who worked with the original Flipper, now advocates against the captivity of any marine life. He and his crew meet resistance on many fronts as they perseverence to create this enlightening film.

Join your friends and neighbors for a meaningful and memorable community event in one of the area’s most intimate venues—while enjoying excellent craft beer and root beer brewed onsite, veggie burgers, handmade pizza, and more.

For the full Project ACORN schedule, see the top post on our Facebook page. This film is the 13th Project ACORN event of the autumn season and the 148th event since 2016.